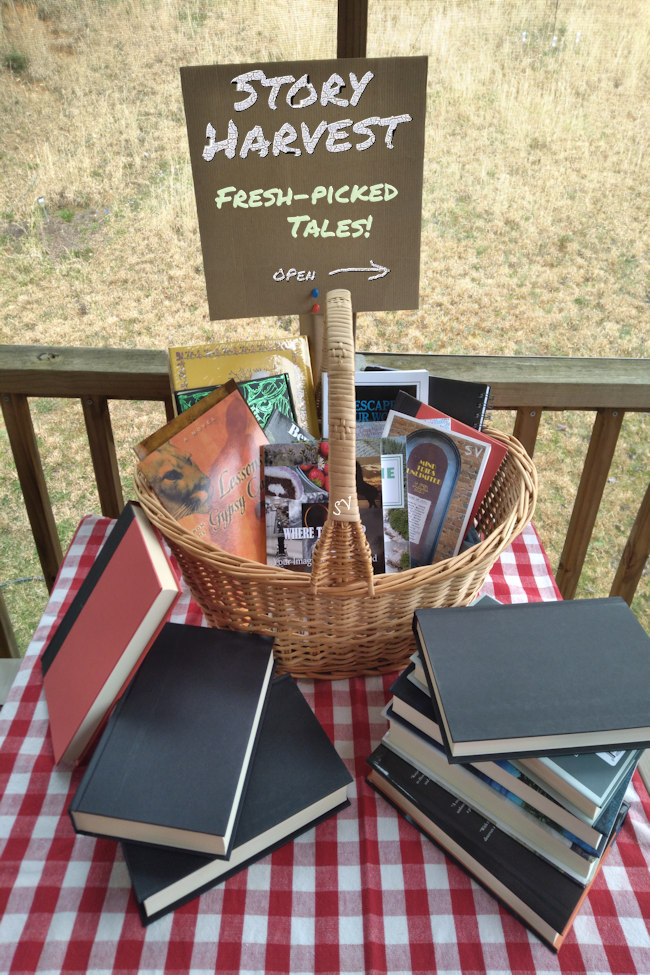 It starts with a spark. An idea that comes from nowhere, appearing suddenly and without warning, triggered by a sight, a sound, a feeling, an overheard conversation, or even nothing at all. The author grabs that spark and plants it in the fertile “soil” of their brain. There they help it to grow as they pamper, shape, and mold it into a well-developed story. Some stories mature rapidly, becoming fully grown almost immediately. Others take more time to develop as the author considers and reconsiders how the story should flow. The finished story can be what the author intended from the beginning, or be completely different from the spark that started it all.
Such is the wonder and amazement of the story growing process. There are no limits to the author’s imagination. A story can carry an idea straight through, or have pieces of the idea changed and re-changed until the author decides it is perfect.
And then the harvest begins!
Come in to discover the freshly picked fruits of this story harvest. We at Scribes Valley think you will agree that the featured authors grew their stories just right! 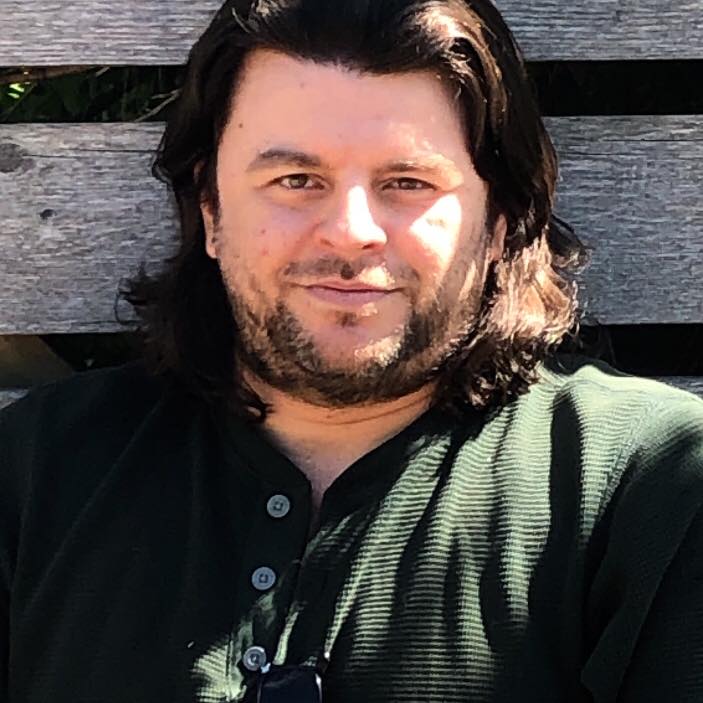 ***  FIRST PLACE  ***
An artisan baker by trade, Alfredo Salvatore Arcilesi has been published in over 50 literary journals worldwide. He was a finalist in the Blood Orange Review Literary Contest, and was awarded the Popular Vote in the Best of Rejected Manuscripts Competition. In addition to several short pieces, he is currently working on his debut novel. 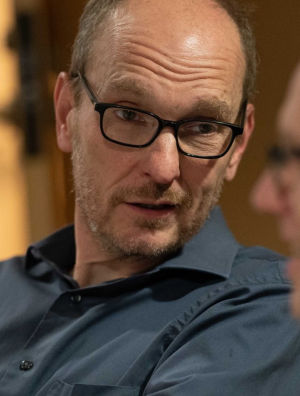 ***  SECOND PLACE  ***
William E Burleson's short stories have appeared in numerous literary journals and anthologies to date, including The New Guard and American Fiction 14 and 16, as well as in Where Tales Grip, 2019 Scribes Valley Publishing (having placed third in the annual short story contest). He is now working on a novel, Ahnwee Days, the story of a small town that has seen better days and the mayor who tries to save it. Burleson has also published extensively in non-fiction, including Hennepin History Magazine and numerous other publications. Burleson is also the founder of Flexible Press, whose recent work includes the biography Oromo Witness, novel Under Ground and the anthologies 22 Under 22, Home, and Lake Street Days. For examples of past work and more information, visit www.williamburleson.com. 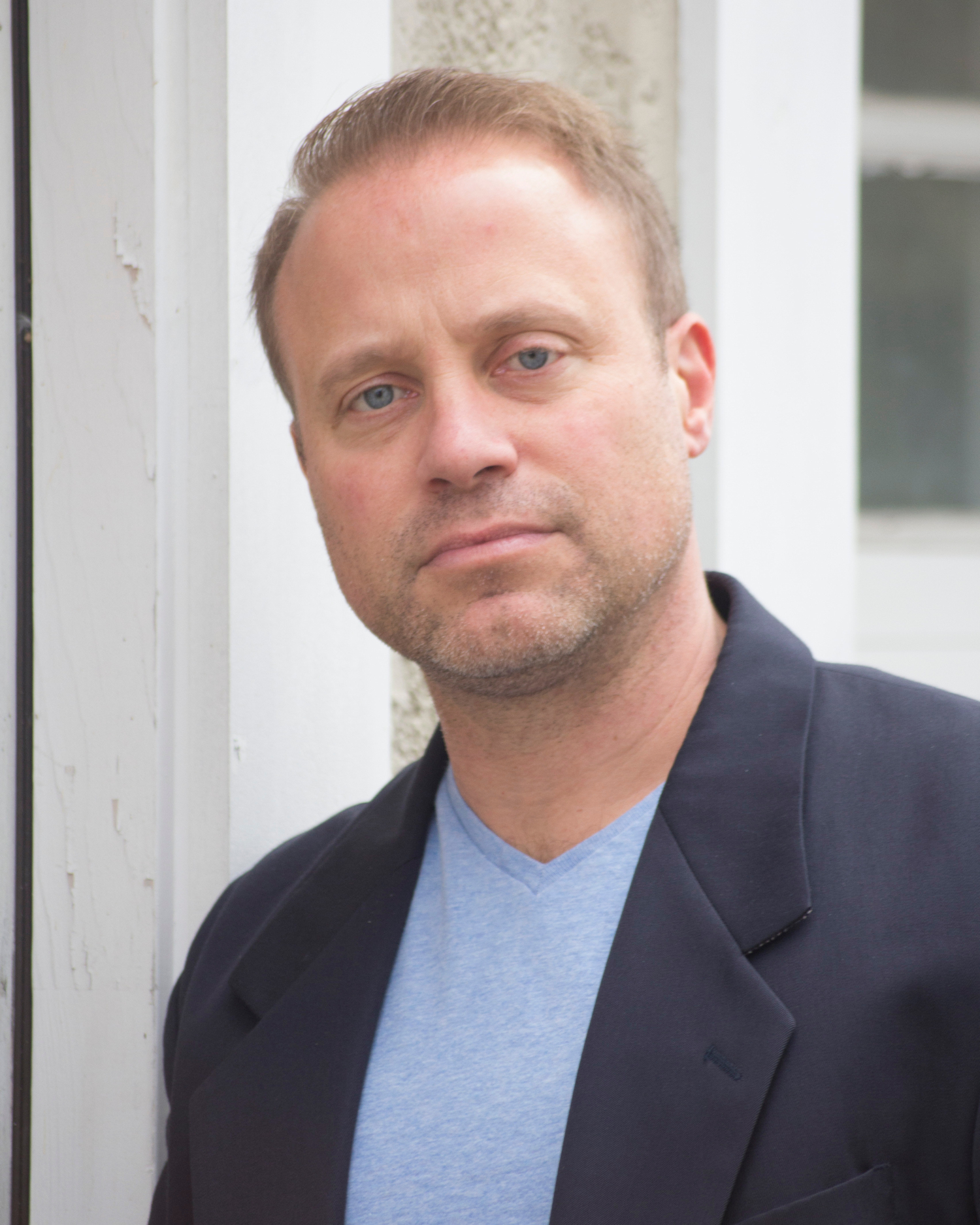 *** THIRD PLACE ***
Chad V. Broughman was the recipient of the Rusty Scythe Prize Book award in 2016 and in 2017 was awarded the Adobe Cottage Writers Retreat honor in New Mexico. As well, Chad was awarded a chapbook contract for his collection of short stories, "the forsaken," which was published by Etchings Press. His fiction can be found in journals nationwide––such as Carrier Pigeon, East Coast Literary Review, River Poets Journal, Burningword, Pulp Fiction, Sky Island Journal, and From Whispers to Roars––and he has been anthologized in the Write Michigan Short Story Anthology and On Loss, an anthology. He is a Best of the Net and Pushcart Prize nominee, holds an MFA from Spalding University and served as co-editor for the fiction/poetry blog 'Cafe Aphra' based out of the United Kingdom. Chad teaches English and Creative Writing at the secondary and post-secondary levels and is a husband to the grooviest wife on the planet as well as the proud father of two rambunctious young sons. 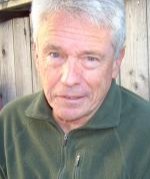 Steve Putnam lives in Western Massachusetts, in ancestral shadows of farmers, carpenters, and ice dealers. He has worked as a laborer, G.M. mechanic, framing carpenter. In the last gig as a copier tech, he worked in schools, prisons, hospitals, and a scrap yard or two. Putnam also guest-starred as a copier repairman under the corporate florescence of a large life insurance company. He often paddles marathon canoes, solo or tandem with his wife, Cynthia.
His novels “Academy of Reality,” and “Loose Horse Lost,” both made finalist lists in the 2019 Faulkner-Wisdom Competition in New Orleans. His short fiction has appeared in Carbon Culture Review online, Whiskey Island online, as well as Scribes Valley Anthologies 2018, 2019, 2020: "Seltzer Can on a Blue Tractor Painted Orange", "Lone Strangers Strawberry Patched" (novel excerpt), and “Star-Spangled Go-Kart".
A non-fiction book for parents, Nature’s Ritalin for the Marathon Mind, was published by Upper Access. 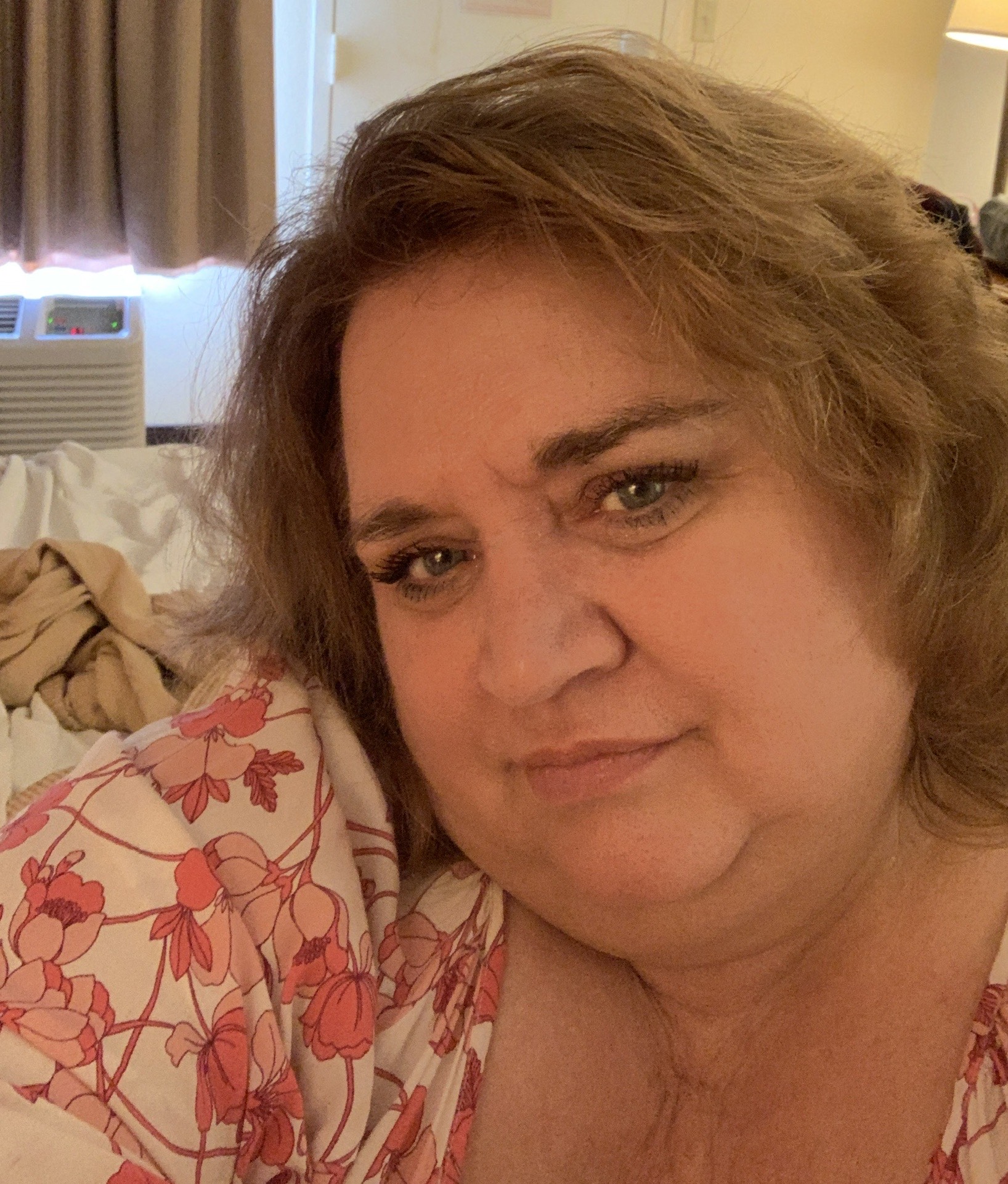 Leslie Muzingo lives in Mobile, Alabama in winter and Fortune Cove, Prince Edward Island in the summer and fall when Covid allows her across the border. She has been a contest winner with Two Sisters Writing and Publishing five times, has been published in two of their anthologies, and expects to be published in their 2020 anthology this spring. She has been a finalist with Scribes Valley Publishing twice and published in their "Where Tales Grip" and "Beyond the Norm" anthologies. Other publications include stories in, Darkhouse Books, Mother's Milk Books, Pink Panther Magazine, Curating Alexandria, among others. She is working on a novel that takes place in Maritime Canada and Ireland. 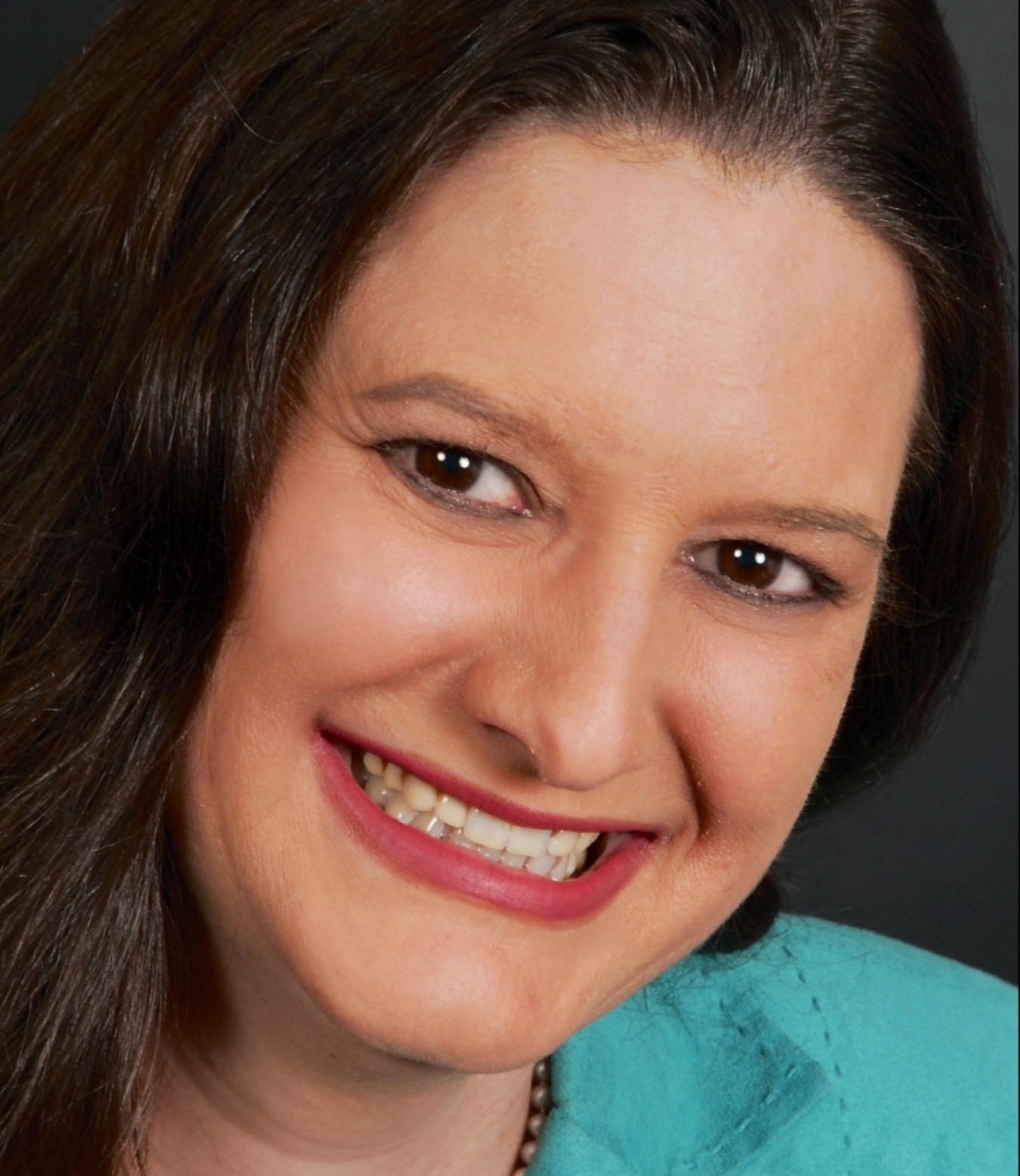 Most writers start their bio with an explanation of who they are and why they write. I'll make this simple. My name is Sherri Fulmer Moorer. I write because I've always loved to do it, and ebooks gave me an opportunity to share those stories with readers that I just couldn't pass up. The purpose of my writing is to escape reality and experience the adventure of ordinary people dealing with extraordinary circumstances.
I write in a variety of genres because I can't be pigeon holed into one area, but my main genres are science fiction and mystery. I work full time in professional licensing, which is great for keeping me in touch with people and reality and, in turn, inspires to write more. I'm married with two parrots that keep our hearts, home, and lives filled with joy and silliness that most people find strange. I'm a book reviewer, social media rambler, church volunteer and borderline introvert/extrovert whose kindred spirit, according to online quizzes, is a cross between a Sith Inquisitor from Star Wars, and Scooter from The Muppets.
Please note: Sherri's story will not appear in the Scribes Valley anthology. 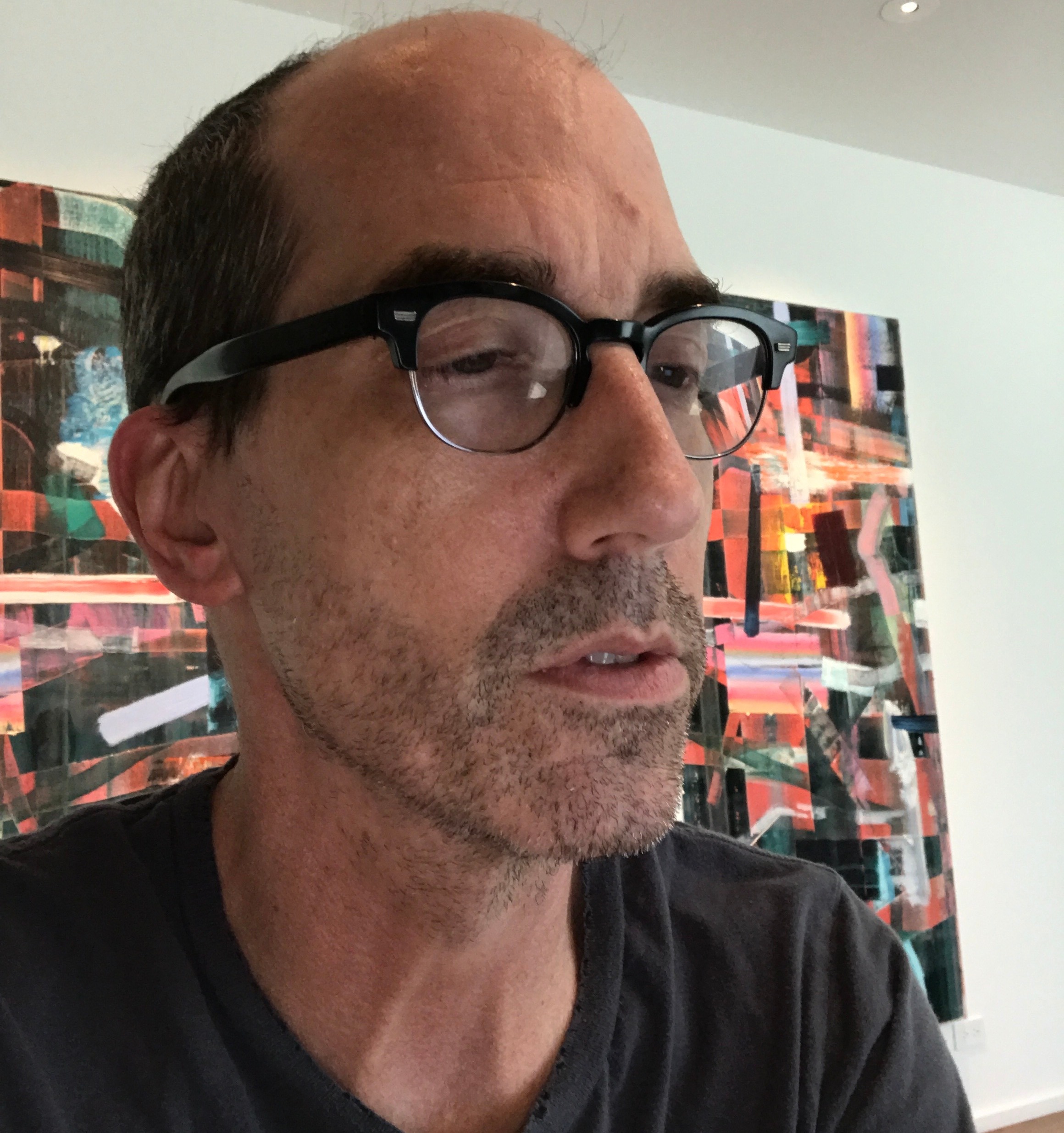 Thomas Maurstad was the pop culture critic of the Dallas Morning News for over 20 years. Since his release back into the wild, he is endeavoring to create ambitious, compelling fiction.

Thomas Maurstad
IT IS WHAT IT ISN'T 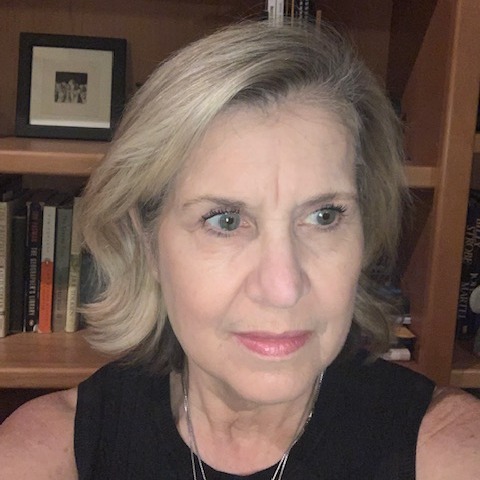 Virginia Amis is a lawyer and a writer, who spends her days in the courtroom and her nights and weekends writing. A transplant from Pittsburgh to the Pacific Northwest, she often writes in that setting, bringing nature and characters to life through her stories. She has written two novels and is working on a third. She has published stories in the 2018, 2019 and 2020 issues of Perspectives Magazine, 2020 issues of Reminisce and Reminisce Extra, 2018 and 2019 Scribes Valley Anthologies, Linden Avenue Literary Journal, March 2020 issue, and in 101words.com. 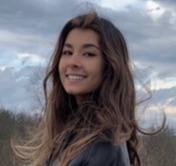 Sonia Mehta is an emerging writer living in Ohio. Her stories have been published in Apprentice Writer (Susquehanna University), the Secret Attic, Blue Marble Review, Ice Lolly Review, and Cathartic Literary magazines. She has attended the Iowa Writers' Workshop. She loves writing because it gives her a chance to pour her quirky ideas onto paper without fear of ridicule. That comes later. 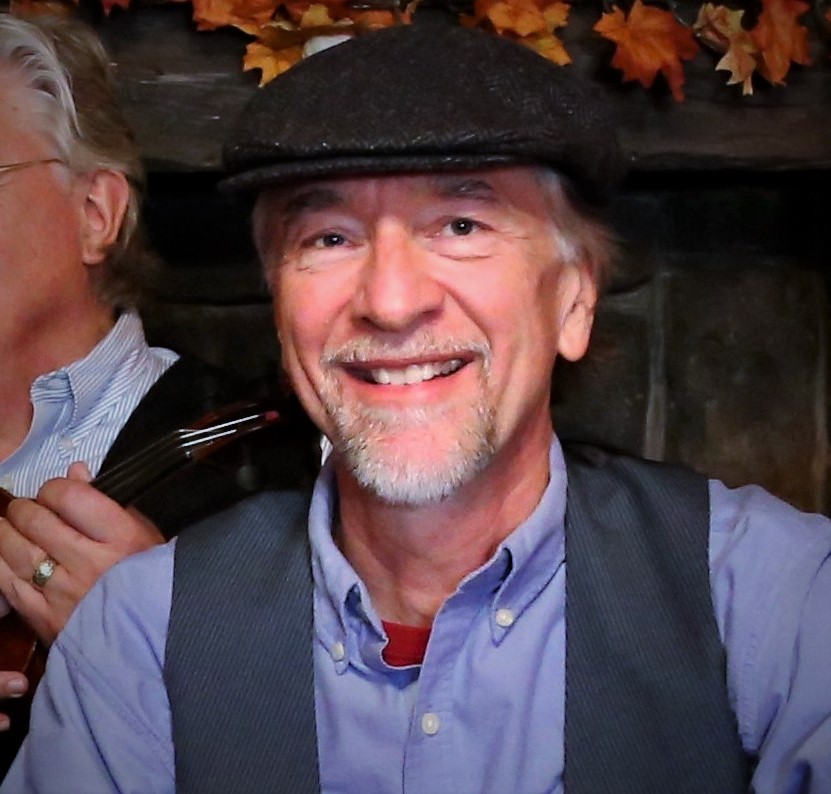 Scott Pedersen is a writer based in Wisconsin. His stories have appeared in Louisiana Literature, The MacGuffin and many other literary journals and anthologies. When not writing fiction, he enjoys performing in a traditional Celtic band. 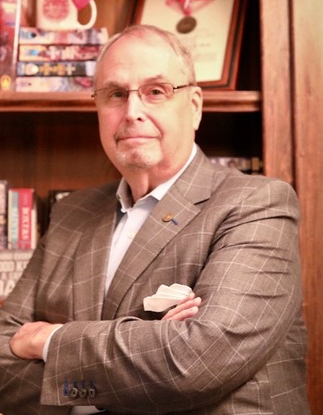 Rob Mullins writes from Prospect, Kentucky. He is an MFA candidate in Fiction at Spalding University. Rob is currently exploring characters under stress coming back from loss. He has co-authored a book on public policy as well as several journal articles on a variety of engineering and urban planning topics. Please look for more from him soon. 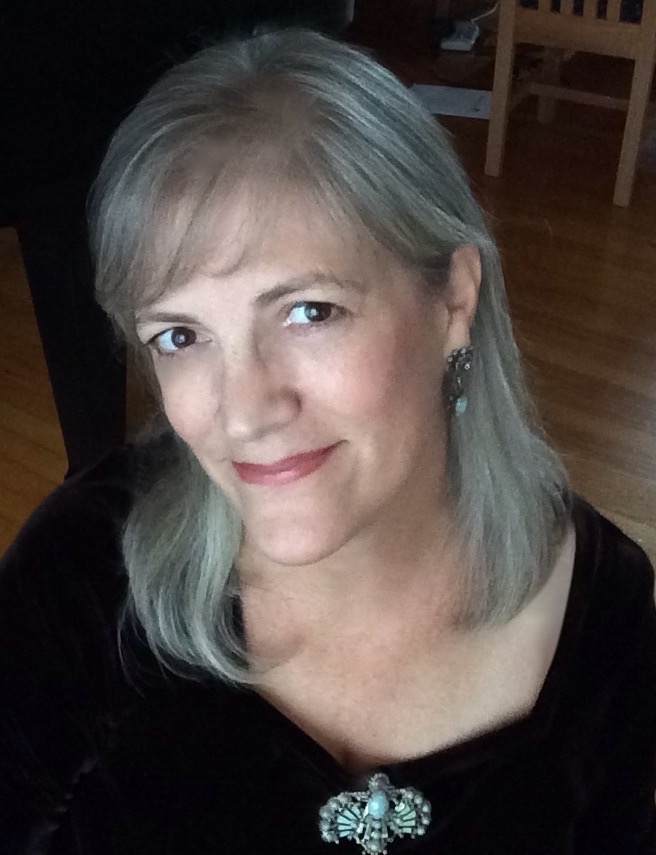 Virginia Ewing Hudson has won the Thomas Wolfe Fiction Prize and been nominated for a Pushcart Prize. Her poems, essays, and fiction can be found in the Thomas Wolfe Review, Bosque Journal, Wildflower Muse, Verse Virtual, and other small presses. "What Men Do," which appears in the Scribe's Valley Anthology, is the third published chapter from a novel-in-progress, Rooster's Jazz. She has placed in the Faulkner Society's competition for novels, the Rose Post Competition for creative nonfiction, and the Randall Jarrell Poetry Competition. Virginia teaches cello at Meredith College in Raleigh, North Carolina. She has created a personal writing retreat on a remote mesa in New Mexico where she gives al fresco concerts for neighbors in the summertime. She is revising a new novel set in Oklahoma. virginiaewinghudson.com

Virginia Ewing
WHAT MEN DO 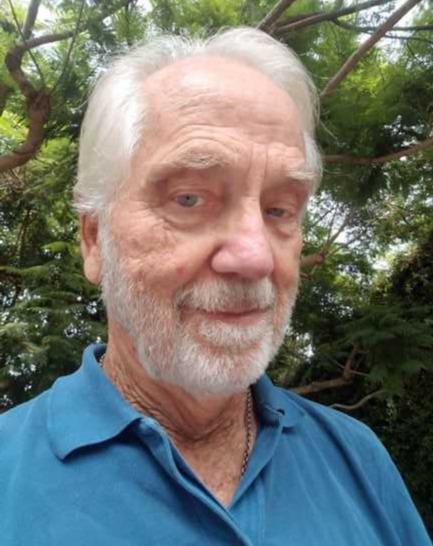 John Baldwin has finally acknowledged that he is retired. He has settled in for a comfortable life to best enjoy his wife, daughters, and grandchildren. For so long he operated as an entrepreneur and lawyer. Thereafter, trying his hand at writing, he discovered similarities in the experiences – stimulation in the creativity side and disappointment if the efforts proved unsuccessful. Now instead of presenting the facts of a case, or describing a business opportunity, he aspires to entertain readers. A particular challenge has been to overcome the writing habits that required strict structure and formality for natural and imaginative ways of expression. During this short later career, he has been pleased to have his stories accepted by Writer’s Egg Magazine, Two Sisters Publishing and U-Rights Magazine. 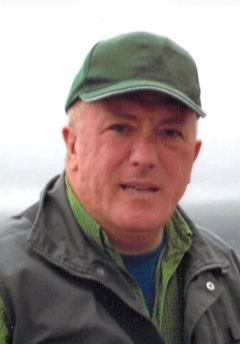 Born and raised in Brooklyn, New York, Joseph Salerno is the product of twelve years of Catholic School, after which he attended Columbia for three years. After a variety of occupations (Title Searcher, Architectural Draftsman, et. al), he has settled on being an Office Manager for a small accounting firm.
Joseph has a degree in Psychology from SUNY Empire State College. An avid short story reader and writer, he is a member of The Long Island Writer’s Guild. He has self-published twelve chapbooks of short stories in the past eight years.
Joseph’s work has appeared in GUILDERS ’84: The Literary Magazine of Hofstra University (1984), OPEN MINDS QUARTERLY (2014), and he was a finalist for the short story prize in THE SCRIBES VALLEY PUBLISHING ANTHOLOGY (2019).
He lives with about a dozen large house plants in an apartment three blocks from the New York City limits. 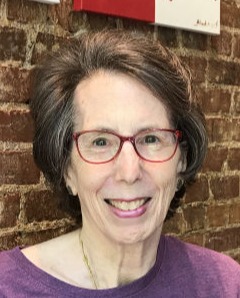 Ronna Lynn Edelstein is a mother, avid reader, active theatregoer, and lifelong learner and teacher. She tries to find meaning and beauty in the world around her—and in those who inhabit it. Her work, both fiction and non-fiction, has appeared in the following: Dream Quest One (first place), First Line Anthology, Pulse: Voices from the Heart of Medicine, SLAB: Sound and Literary Artbook, Quality Women’s Fiction, Ghoti Online Literary Magazine, and the Pittsburgh Post-Gazette and Washington Post, among others. Ronna thanks Scribes Valley for publishing “Breathless,” her thirteenth story starring Vera.